Scalability is what any system pursues, and it is equally applicable to Dubbo.

Scalability is a design concept that represents our vision for the future. We hope that based on the existing architecture or design, when some aspects change in the future, we can adapt to this with minimal changes. kind of change.

The advantage of scalability is mainly manifested in the decoupling between modules, which conforms to the principle of opening and closing, which is open to expansion and closed to modification. When a new function is added to the system, there is no need to modify the structure and code of the existing system, just add an extension.

Generally speaking, the system will use Factory, IoC, OSGI, etc. to manage the extension (plug-in) life cycle. Considering the applicability of Dubbo, I don’t want to strongly rely on IoC containers such as Spring. And building a small IoC container by myself feels a bit over-designed, so choose the simplest Factory way to manage extensions (plug-ins). In Dubbo, all internal and third-party implementations are equal.

From the design goal of Dubbo extension, it can be seen that some features implemented by Dubbo, such as dynamic selection of extension implementation, IOC, AOP, etc., can provide users with very flexible expansion capabilities.

The whole process of Dubbo loading extension is as follows: 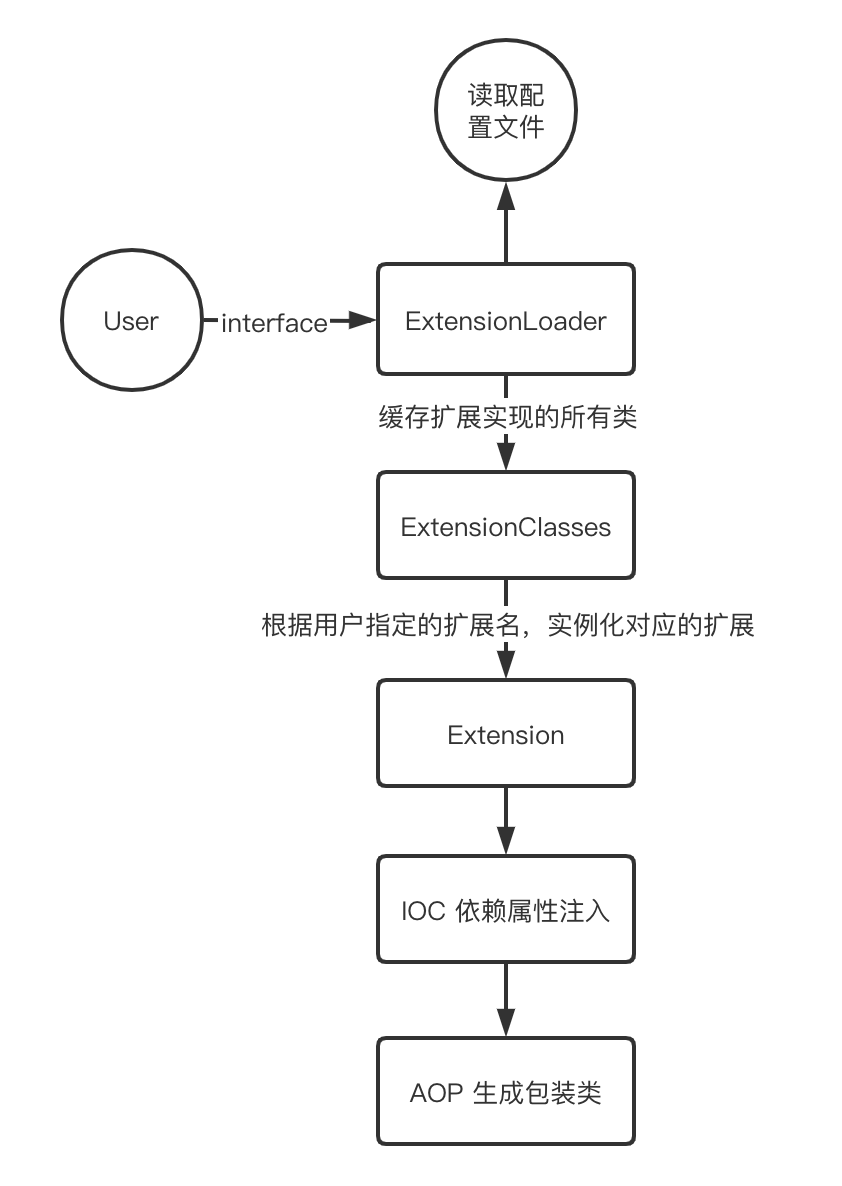 There are 4 main steps:

How to use Dubbo’s extension capability to expand

The following takes the extension protocol as an example to illustrate how to use the extension capabilities provided by Dubbo to extend the Triple protocol.

As can be seen from the above expansion steps, the user basically completes the expansion under the black box.

Dubbo’s expansion capability is very flexible, and it is ubiquitous in the realization of its own functions. 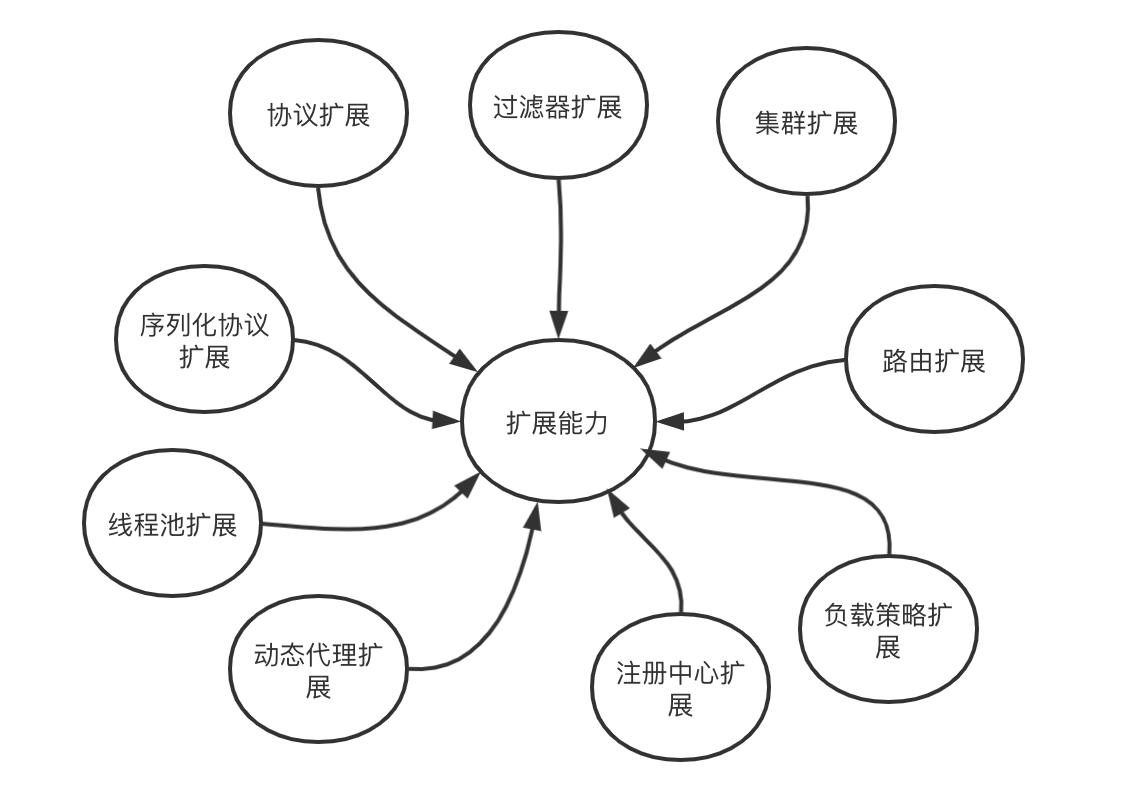 Dubbo’s extensibility makes it easy to divide the Dubbo project into sub-modules one by one to realize the hot-swappable feature. Users can completely replace Dubbo’s native implementation based on their own needs to meet their own business needs.

scenes to be used